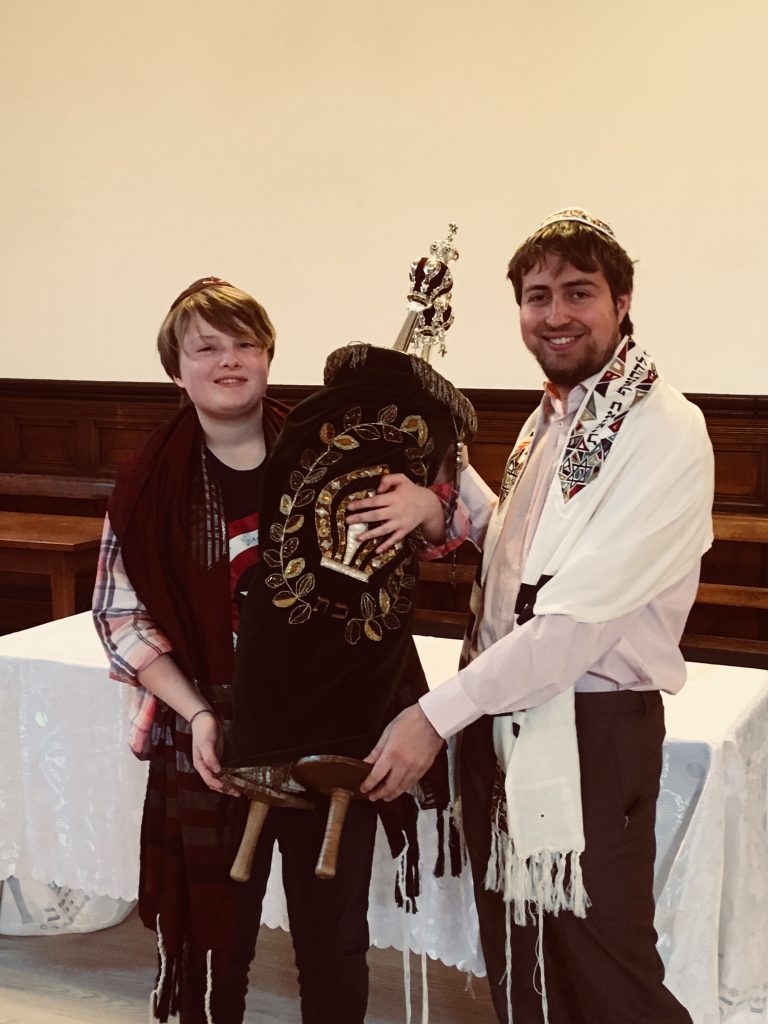 York’s Rabbinic Development fund has past £55,000 thanks to a flurry of donations from members and non-members alike following coverage of the community in The Times, the Jewish Chronicle and on the BBC.  One anonymous donation following a report in The Times of Israel was for more than £7,000, while another of £1,000 came from a non-Jewish person living in another part of Yorkshire, who wanted to support the growth of our community.

With a target of £75,000, the community is now almost three-quarters of the way to its target, which will enable us to employ York’s first resident Rabbi for at least seven hundred years.  It is intended that the at least half-time appointment will begin in 2022 and the funds raised will enable the community to make a three-year commitment to the post.

Commenting on the success of the campaign, community chair Shannon Kirshner says: “While the generosity of our membership – which is not particularly well off – is staggering, the support which we have received from Jewish and non-Jewish strangers from across the globe has been humbling.  York’s Jewish history has touched a nerve and the opportunity for a revival of Judaism in the City clearly has a wider significance for those who wish our faith well. We can’t thank them enough for their support.”

Rabbinic Development Fund Chair, Ben Rich, adds: “The progress which we have made in just over a year since we launched is remarkable.  Our campaign is being held up as a model of best practice by Liberal Judaism, but we still have some way to go.  Now is not the time to rest on our laurels and, of course, while being able to appoint a Rabbi half-time would be transformational, were we to raise enough to go even beyond, then it could change our community for ever and reverse the course of history.”

To donate the Rabbinic Fund go to the https://jewsinyork.org.uk/civicrm/?page=CiviCRM&q=civicrm%2Fcontribute%2Ftransact&reset=1&id=1 or email ben@benrich.co.uk for a discrete conversation.