Proud to take part in Pride

A dozen York Liberal Jewish Community members joined thousands of others, braving the rain, to march in this year’s York Pride parade for the first time, starting at the Minster and finishing at the Knavesmire. 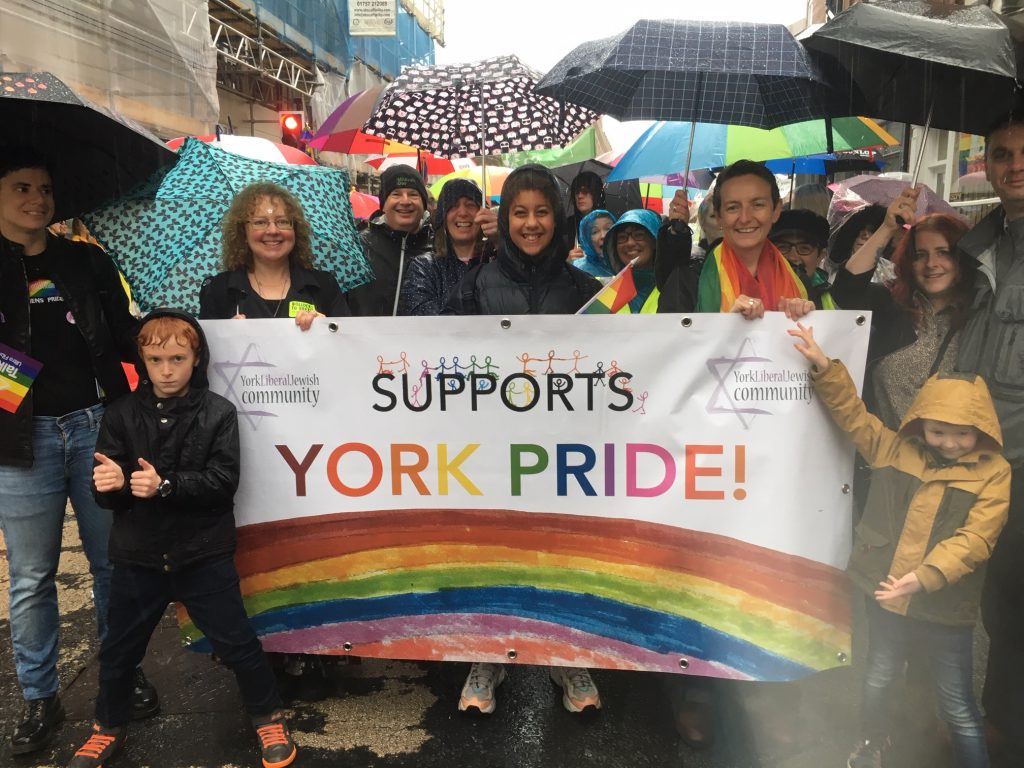 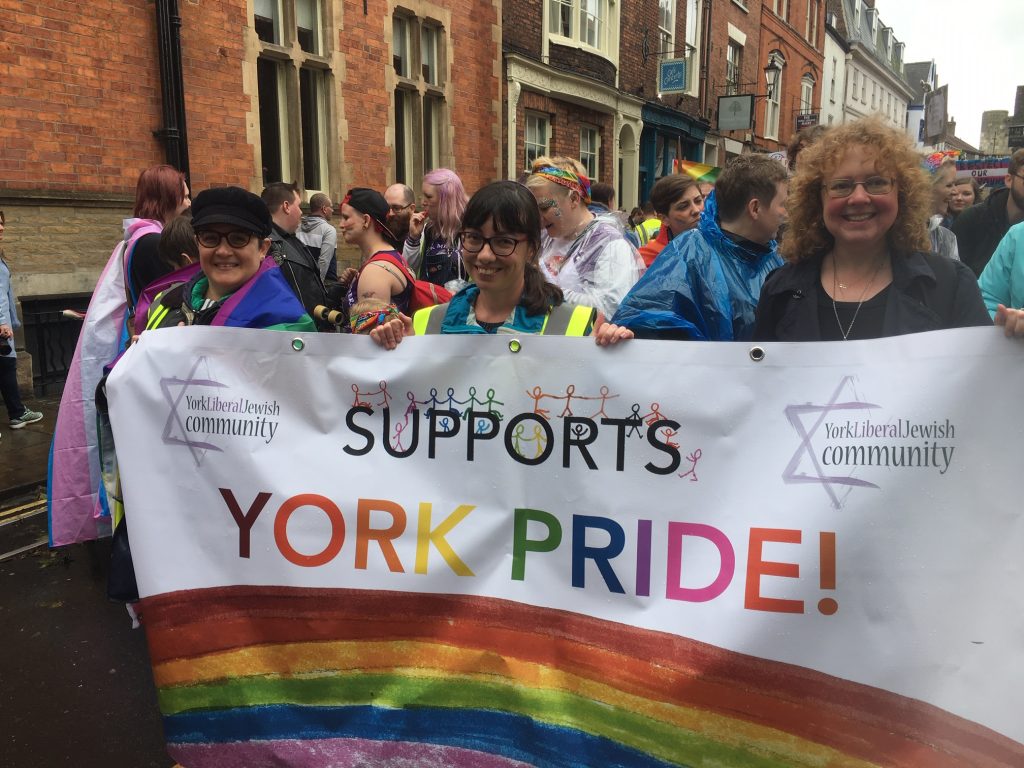 They proudly carried the community’s banner, made specially for the occasion in the colourful parade, along side 25 local schools, church groups and political parties.  The YLJC group were even pursued down York’s Parliament St by a group of vikings from the Jorvik centre!
YLJC Founder, Ben Rich said:
“Ensuring that everyone whatever their gender or sexual orientation feels not only tolerated but positively welcomed in our community is essential to our ethos and has been crucial to York Liberal Jewish Community’s success.  We hope this will be just the first of many occasions on which we get to take part in York Pride.”
On May 20, 2019   /   Events, News