York Liberal Jewish Community has welcomed the decision announced today by English Heritage not to develop a visitor building at the base of the Clifford’s Tower mound. 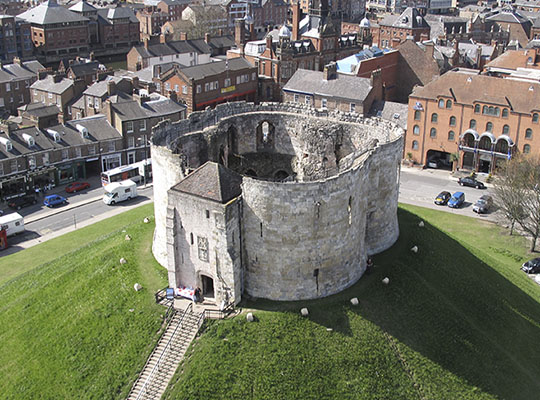 While the community actively supported English Heritage’s objectives of increasing access to the Tower and providing more information and educational material about the massacre of the City’s Jewish community that took place there in 1190, it completely understands the many concerns expressed by York residents about the disruption to the integrity of the site.

“We urge English Heritage now to work with the Castle Gateway stakeholders, the City of York Council, the York Museums Trust and the local Jewish and non-Jewish communities to find a deliverable alternative way to better tell the story of the Tower as a matter of urgency.

“We look forward to being integrally involved in those plans as the representatives of the Jewish community in the City to ensure that the story of the Jews of York is told accurately, with context, compassion and respect.”