Read the winners of YLJC’s first ever writing competition

York Liberal Jewish Community’s first ever writing competition attracted a staggering 25 entries from our 100 members.   Entrants were challenged to produce no more than 400 words of poetry or prose on the theme of social action.

Judged anonymously, the results are now in and we are pleased to announce that the Carter family has swept the Board:  Lee won the adult section and Jules the children’s competition, with Rufus the runner up.

Thanks to Lisa Peschel, our hard working and conscientious judge who said the standard of entries was very high so everyone did well. I want to thank all of you who entered for your great stories and poems. 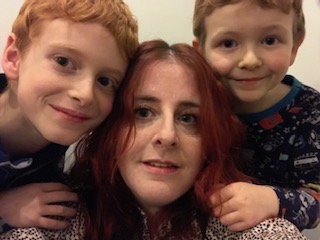 Best of all we raised £50, which will be shared between Jules’ choice Marie Curie and Lee’s chosen charity phaUK.org which stands for Pulmonary Hypertension, in memory of Lee’s best friend who sadly died from this condition 5 years ago.

Noises sharpen slowly and a shuffling movement comes in to focus from beyond the window as Alice straightens her back with a groan, reaching to the base of her spine to massage some warmth in to her twisted form. What’s the time? She looks straight ahead at the spindly black hands of the clock: 8:10am. How has she slept this long? Last night, the ninth of these nights, was the same as the eight before; two old fleece jumpers and her navy duffle coat, every toggle fastened to keep out the biting November air that used to be the exciting precursor to festive lights, cosy evenings, hot soup and hunks of crusty, buttered rolls.

Out of her window, Alice watches silently, as people go past unaware. Two brothers, uniform faintly creased and eyes still tired, on their way to school. A father, casually dressed, pushes his daughter along in a buggy, muttering words she cannot decipher. An elderly woman emerges from the bakery, followed by the unmistakable smell of pastry; hanging thickly but tempting and familiar.

Her mind sharpens at the smell – a thread gently tugged. She readjusts her clothing and yesterday’s feelings come stubbornly seeping back again as she twists he neck stiffly to the side. Bewilderment, shame, shame. She was a proud woman, certain in her path, secure. How had this happened, and so suddenly too? It was time to accept the situation and start – what? She didn’t know. But surely any start would be better than this.

No more fears of judgement, that simply wouldn’t do. She turned again, wiped the cold, dewy windows and looked blankly at the wrought iron gates and cool brickwork beyond.

She pulled the mirror down and saw the imprint on her forehead from the steering wheel where her bag had shifted in the night. With a sigh, Alice opened the door, stepped out of the car and put her right foot first. She hauled herself up and straightened her frame. Exhaling slowly, she saw the sign, closed the door and made her way in to the food bank.

Homeless people who really need help that have no home

Eating very little food, waiting for somebody to give them some

Little amount of money and really wanting to get some more

People who need to be helped and to get more money

Isolated because they have very few possessions

Needing a home and lots of shelter and help