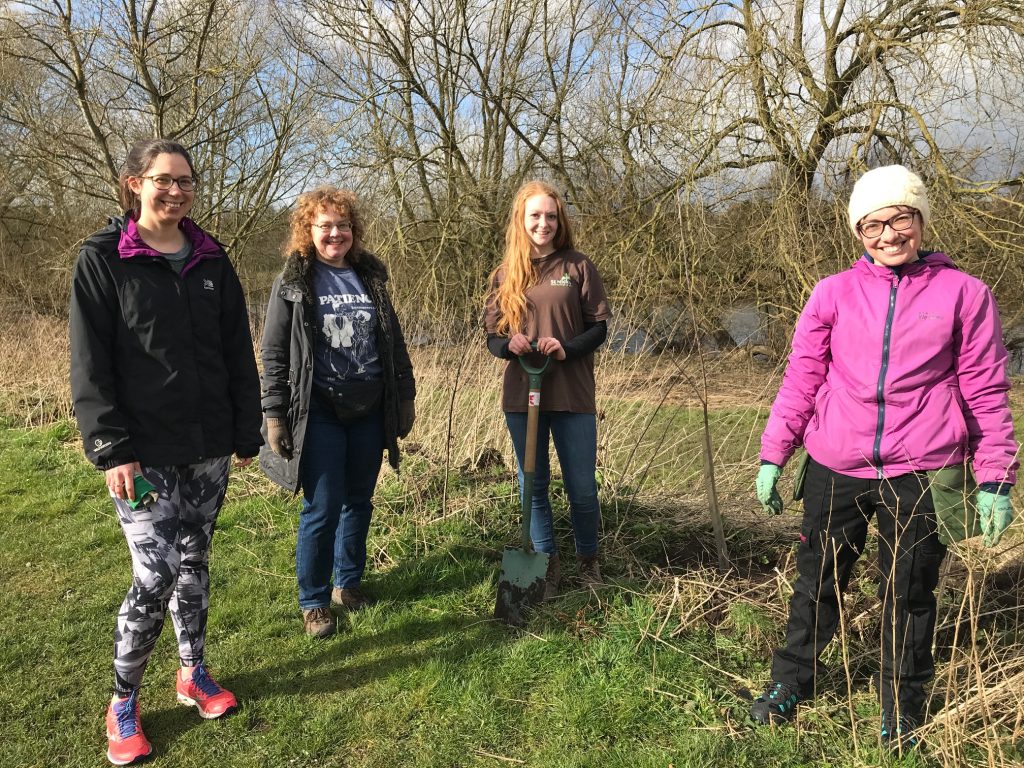 To mark Tu Bishvat, the Jewish New Year for Trees, on 9th February, Members of the York Liberal Jewish Community and St Nick’s Environment Centre in York had planned to plant some trees on the Millennium Fields next to the Millennium Bridge in Fulford.   Unfortunately, when the festival day came, the site was under water due to extensive flooding!

Not to be easily deterred, however, YLJC members led by community chair and horticultural student, Shannon Kirshner, made it there at last on Sunday (8th March).  They have now planted a row of cherry trees along the line of the River Ouse, each one was surrounded by wild garlic – not to deter theft or vampires – but as a pollinator to attract bees and other insects.

Hopefully the community is leaving a lasting legacy in more ways than one.