Thank you, Danny. We wouldn’t be here without you

Hard to believe, but York’s Liberal Jewish Community has been around for less than six years.

Our first service was held on 14thJune 2014.  My co-founders Ros Clayton and Rachael Reeves ensured a turnout of fifty people through frantic networking, newspaper articles and even accosting random strangers in the street, but it was my cousin, Danny, who ensured that there was a service to come to. 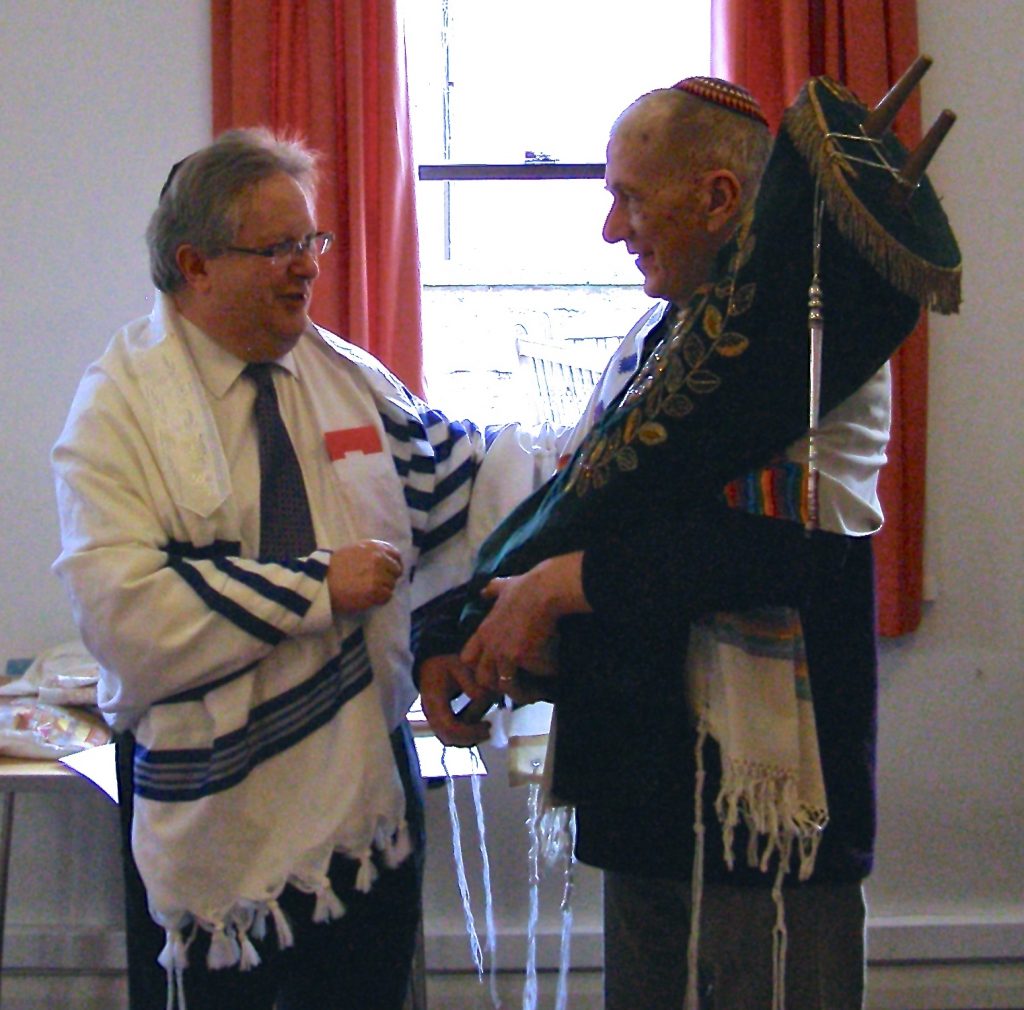 Time and again – despite his numerous other responsibilities as Liberal Judaism’s senior Rabbi and Chief Executive – Danny has travelled up to York for the community: that first service, the first high holy days; the first conversion, the first baby naming – YLJC would simply not exist without him.   There are at least a dozen Jews by choice in and around York, whose conversions he oversaw and numerous others who have benefited directly and indirectly from his advice and support over the last half dozen years.

Now, at the age of 59, he is stepping down from his post at Liberal Judaism.  In his final sermon as Liberal Judaism’s senior Rabbi to the York community on 15thFebruary he was at pains to point out that he is not retiring.  He plans to write further books to add to his portfolio, including his biography of the Liberal Judaism’s co-founder, Rabbi Israel Mattuck, who is a model for the movement’s and Danny’s personal commitment to Jewish ethics and social action.

He continues as a Labour councillor in Barnet and his decision to look for new opportunities will free him up to be even more outspoken on political issues, not that there is much evidence that Danny ever felt constrained.   And don’t be surprised to see him returning to his first love as a communal Rabbi, having previously served at Kingston Liberal Synagogue for twenty years.

Under Danny’s leadership Liberal Judaism established its partnership with Citizens UK and others to make the United Kingdom a welcoming home for Syrian refugees and persuaded Parliament to introduce equal marriage.  It is a matter of pride for us, however, and typical of the man, that his own list of personal achievements during his time at Liberal Judaism, mentions first the establishment of the York community.

The final word goes to Adam Addison who unprompted paid this tribute to Danny at the February service: “The first time I met Danny was at the Biennial.  I never expected to meet the Senior Rabbi but the most surprising thing was he has walking around in his socks.  Why you may ask?  It was the way that, despite personal discomfort from ill-fitting shoes, Danny not only made me feel most welcome but also did the same for all the others around him.   His tribe were more important and from my time on the committee I know that YLJC has not had a greater champion.”

Members will have the opportunity to celebrate with Danny at the Liberal Judaism biennial gathering in May.  See https://www.liberaljudaism.org/calendar/biennial/for further details