York’s Interfaith Weekend, which encompasses its annual interfaith service with the Lord Mayor, Keith Orrell and local MP, Rachael Maskell, as well as grocery collections for those in need has once again proved a great success. 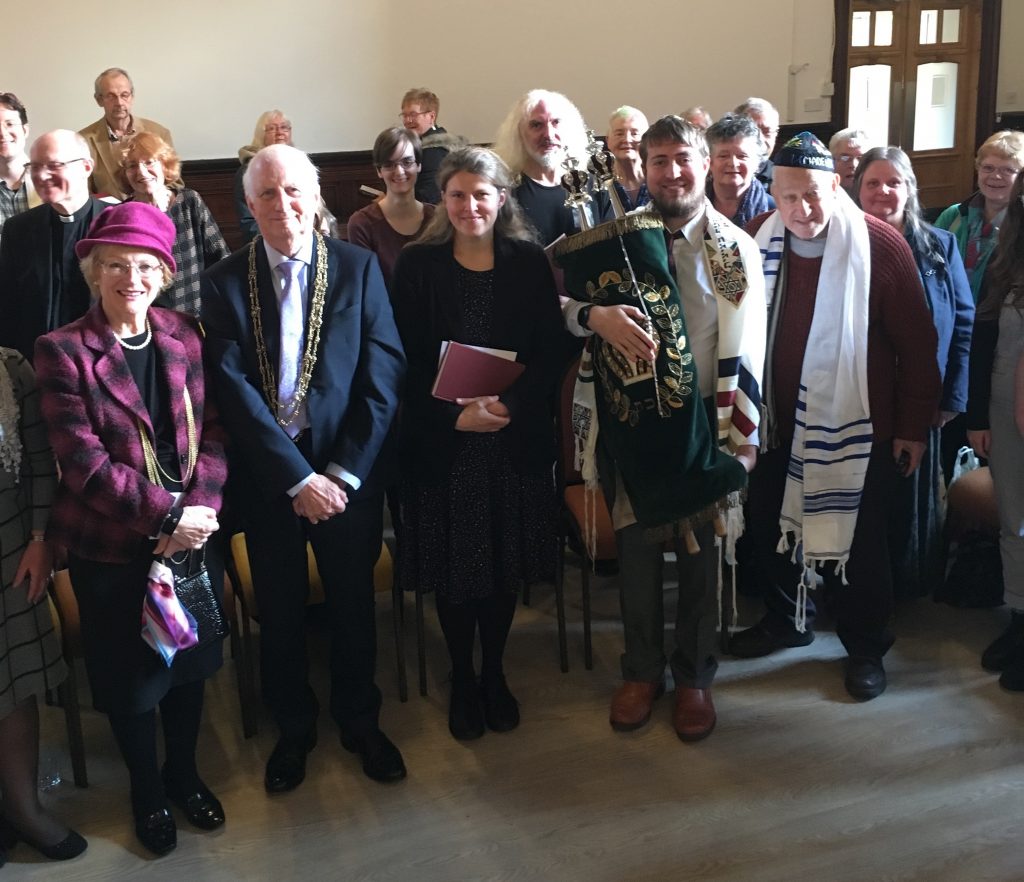 Then the following day, over a dozen volunteers from the York Liberal Jewish Community held collections for the Ryedale Foodbank and York homeless charity, Carecent.  The collection was held at York Sainsbury’s, which is on Jewbury, the site of the City’s medieval Jewish burial ground.

The collection was part of Mitzvah Day, the Jewish day of volunteering when around 40,000 Jews across Britain and the world give something back to the communities within which they live.
YLJC Social Action Coordinator, Tina Anderson says:
“Each year we collect at the York Sainsbury’s and each year I am blown away by people’s generosity: one person offered us the points 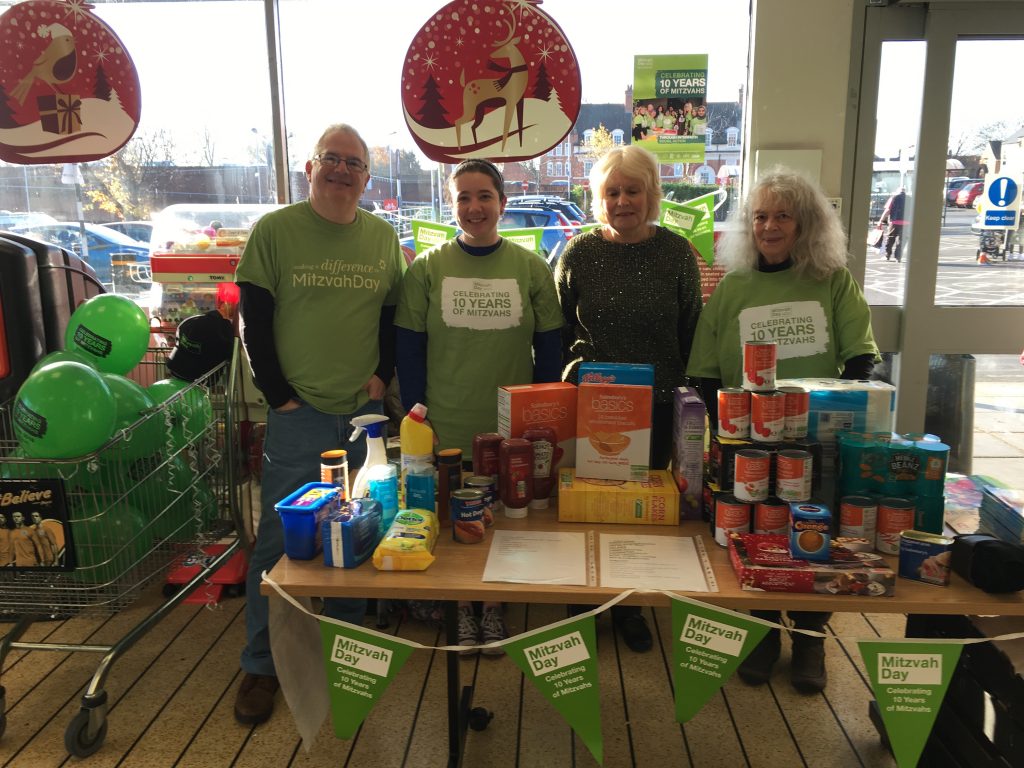 from her nectar card and when we went to spend them on her behalf we found there was nearly  £70-worth!”  (see her donation in the trolley in the picture below) 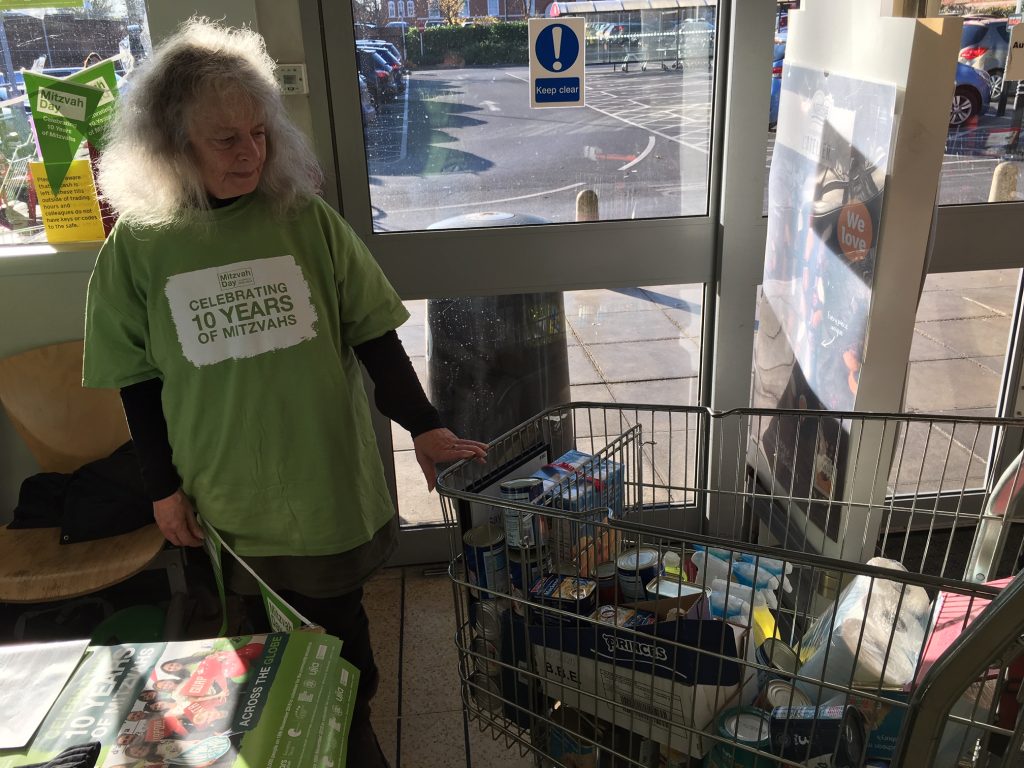