Cabaret from the Theresienstadt Ghetto:  Sunday 1 May

To mark Yom HaShoah (27th Nisan), please join us for a live streaming of songs and sketches written by the prisoners of the Theresienstadt Ghetto.
New York playwright and director Edward Einhorn has created the performance Cabaret in Captivity, now in its 9th year, from one of of York Liberal Jewish Community’s members, Lisa Peschel’s, anthology Performing Captivity, Performing Escape and other sources. 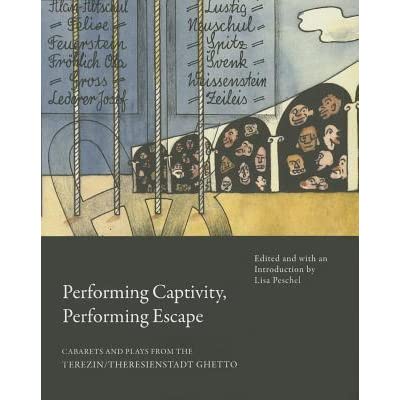 The show is on live in New York City, 1 May, 2-3pm, and live-streaming 7-8pm UK time. Full of satire, bitter humor, and hope, these pieces demonstrate how art became a vital survival technique for the inmates. Further information and tickets here:
http://www.untitledtheater.com/previous-productions/cabaret-in-captivity.html
On April 20, 2022   /   Events, News, Uncategorized